As I mentioned before I haven't been thrifting as much in the last couple weeks in part because of a sweet mid century estate sale I saw posted on estatesales.net last week. I'm a sucker for mid century anything and once I saw the pictures online I knew I'd have to go. I was mostly interested in a pair of mid century Reglor Lamps that had the original shade. I got up early the first day of the sale to try and get the lamps but by the time I got there they were gone. Everything was reasonably priced but all of the lamps were a tad out of my price range. They had a lot of cool mid century lamps but they were all around $125-150.00, not bad really but I was only really ready to pop on them if they were under $100.00. We  were also planning to go to a big garage sale the next day and I didn't want to spend so much money on a pair of lamps. The woman running the sale said that sale was just the tip of the iceberg that in two weeks there would be another sale of even more stuff. I guess the owner was frequent estate sale attendee and ebay-er, my kinda guy! But he has so much stuff he decided to sell some of it, awesome. So since there's so much stuff I may end up getting some cool lamps at the next sale. We did end up with some cool stuff anyway. Most of it is actually my mom's, she went with me to the sale and I bought her some stuff as presents for Mother's day and her birthday which are both coming up. Anyway here's the cool stuff we walked away with.

1. This Snowflake Pyrex casserole with lid and cradle. My Pyrex enthusiasm has waned in the past few weeks. If I find a cool pattern/color for a good price I'll pop but I find myself passing them up more and more. This was only $5 bucks so I figured I'd get it. Plus it's a color and pattern I don't have and haven't seen in a thrift store. 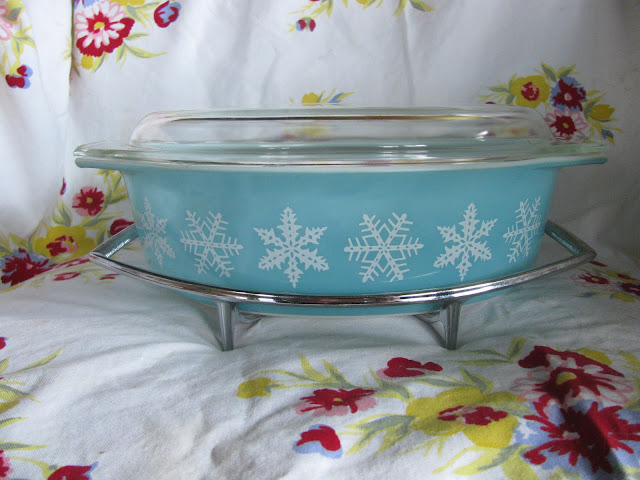 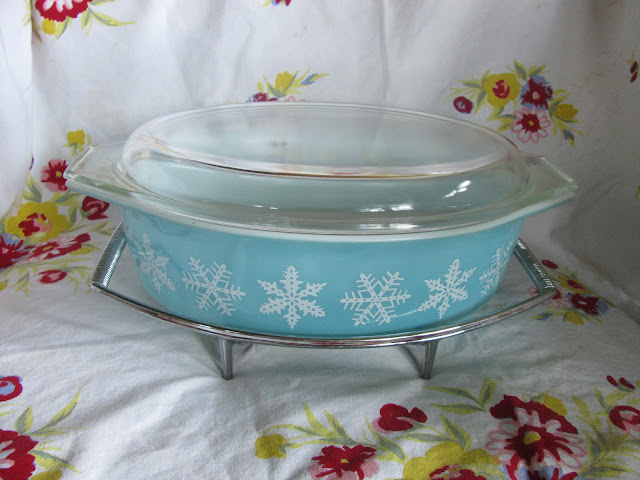 ** Also Peggy and I have the same casserole 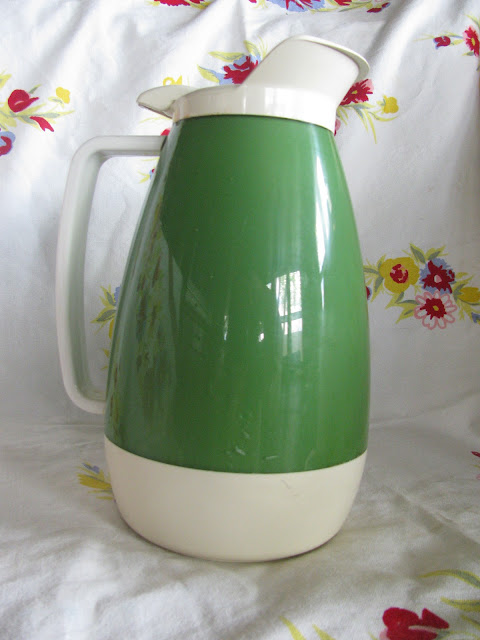 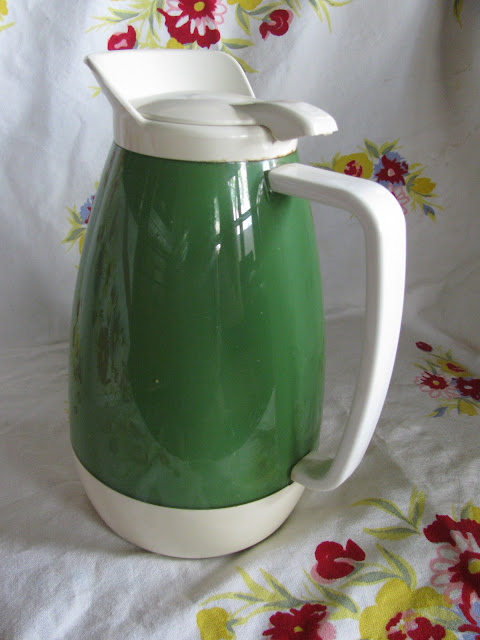 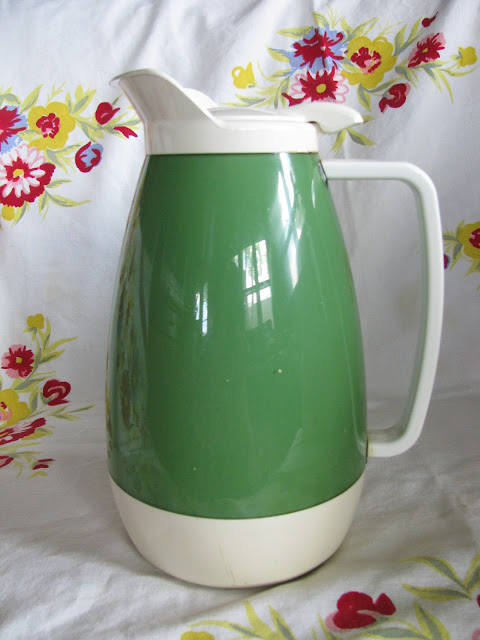 3. This cool Mid Century light was the item I got my mom for mothers/her birthday. It goes with our living room and she really likes it. 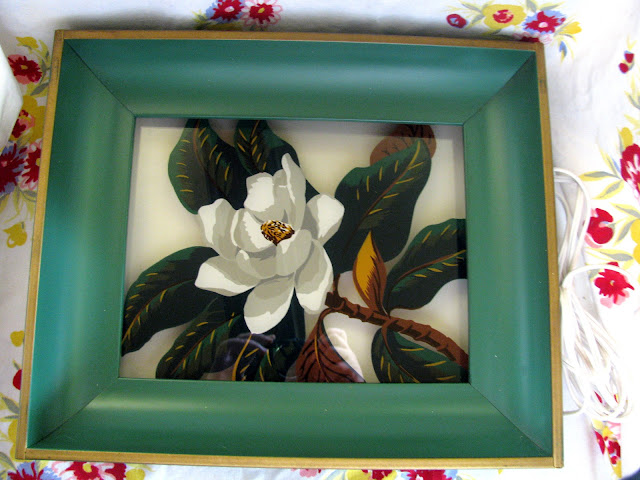 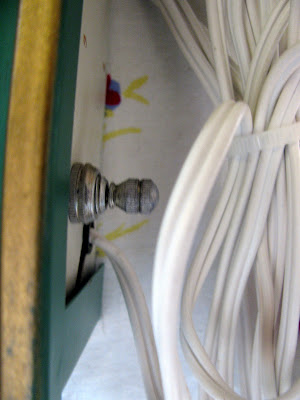 4. Probably the coolest thing we got was this fish TV lamp. They had about 7 or so of these at the sale in various colors. We've seen various TV lamps before but never these funky fish, so we had to get it. It's pretty cool right? 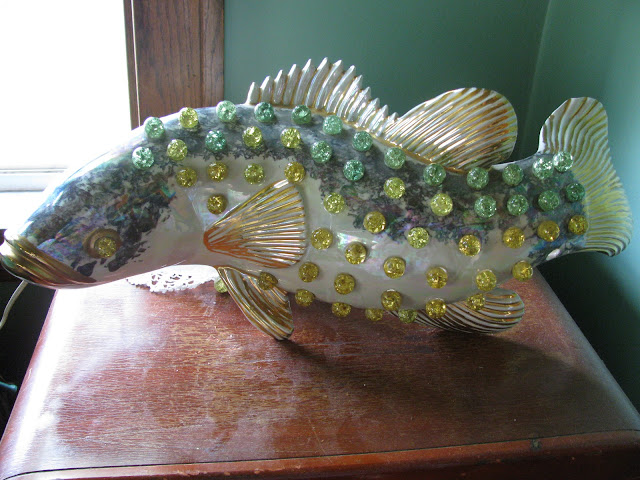 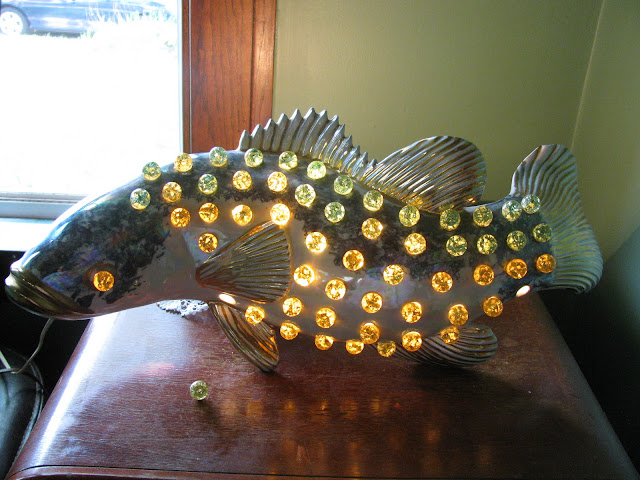 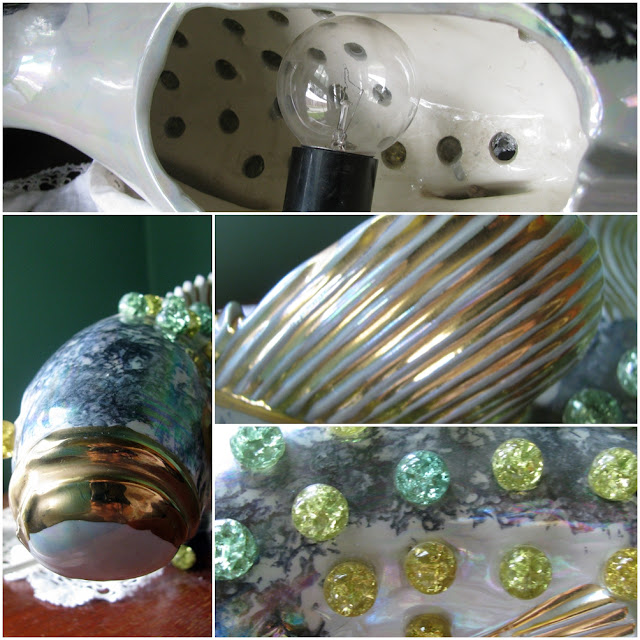 This week I'm also linking up with Her Library Adventures' Flea Market Finds and Apron Thrift Girl's Thrift Share Monday so you can check out what other bloggers found recently. Did you go to any sweet sales last weekend? Find any cool items?