Despite it still being February I can't help but daydream about spring/Summer and a time when jackets are unnecessary and skirts and dresses can be worn without leggings or tights. As I live in Minnesota and the weather can be rather unpredictable the arrival of spring is always a guessing game. But, given the incredibly mild winter we've had so far I can only hope we'll have a quick jump to spring weather soon. In the meantime I've been soaking up all the 50's inspired Spring/Summer fashion editorials and ads around the web. I'm as sucker for anything 50's/60's inspired, especially clothing. I'm always looking to add 50's inspired element to my wardrobe, so when I saw this Prada ad and the L'Officiel editorial my mind was buzzing with inspiration and longing for summer heat. Enjoy! 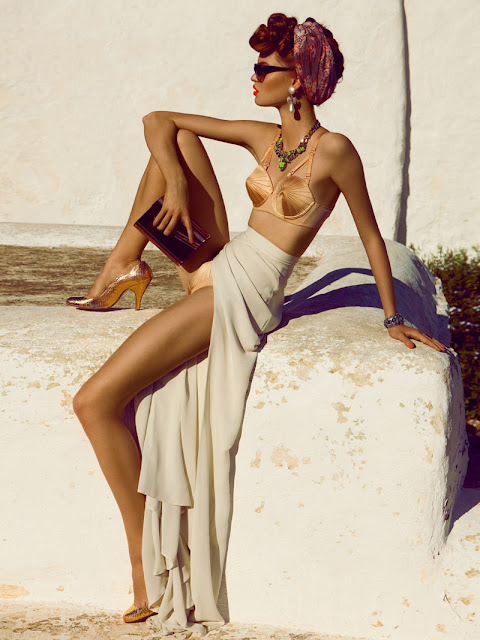 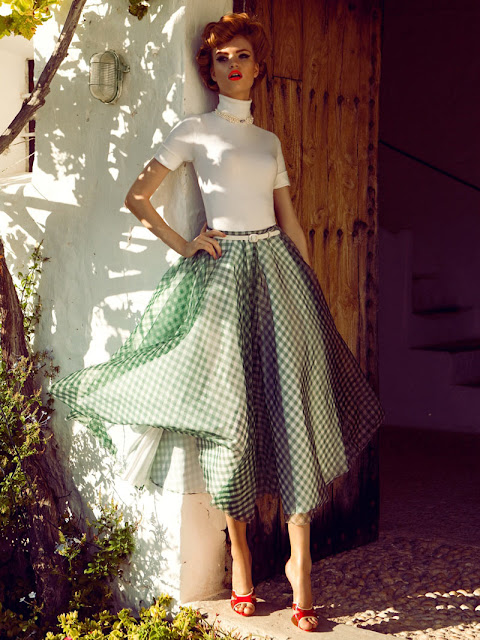 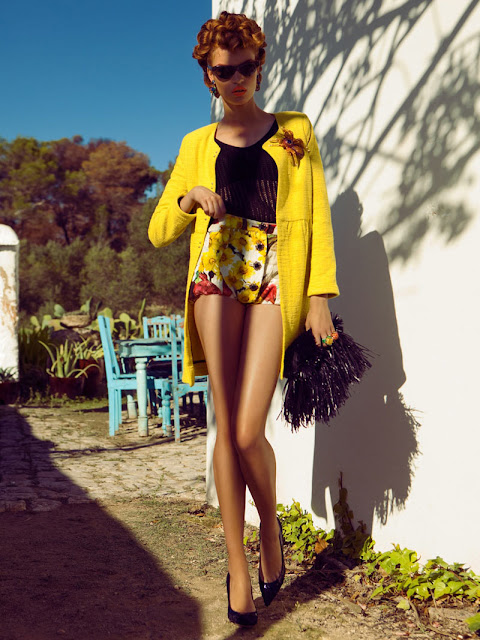 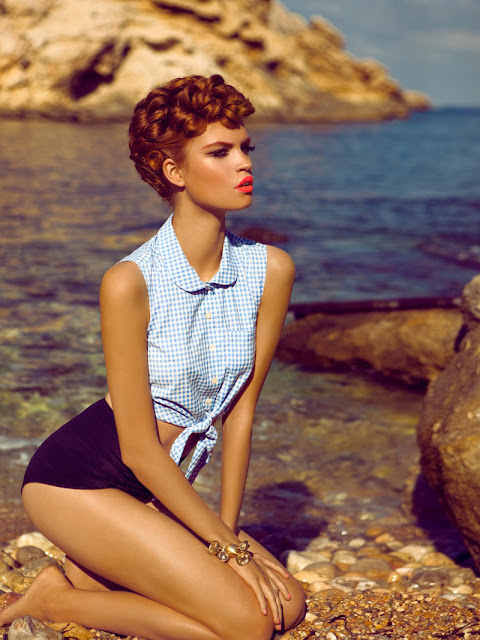 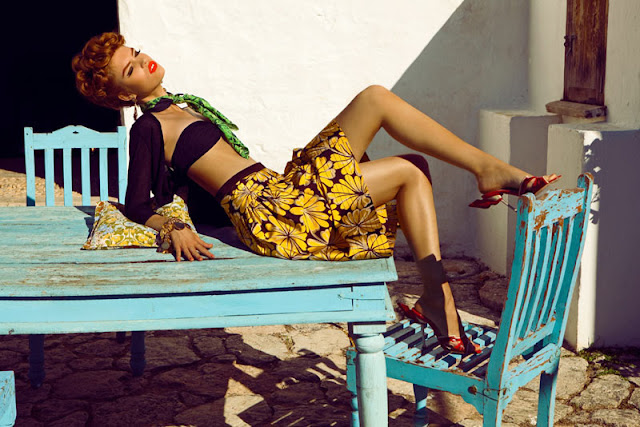 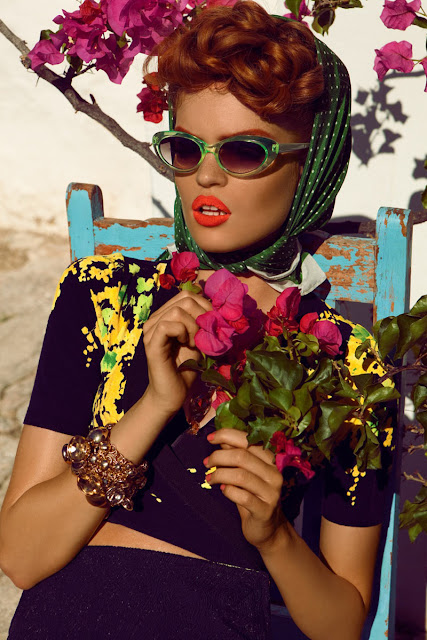 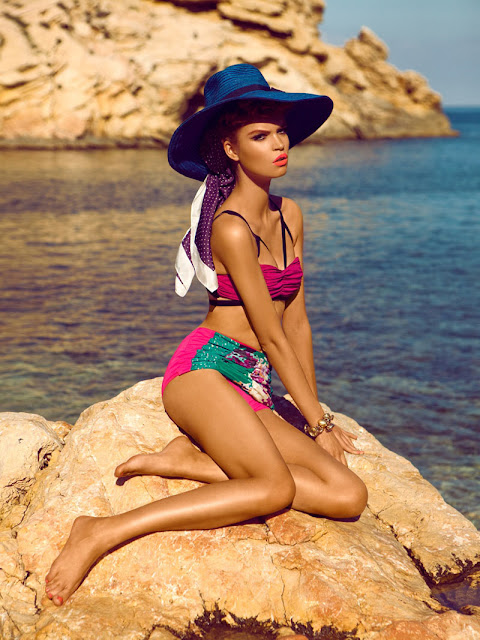 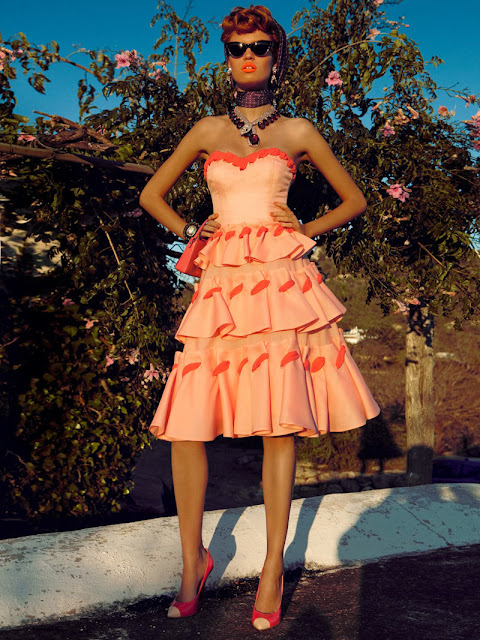 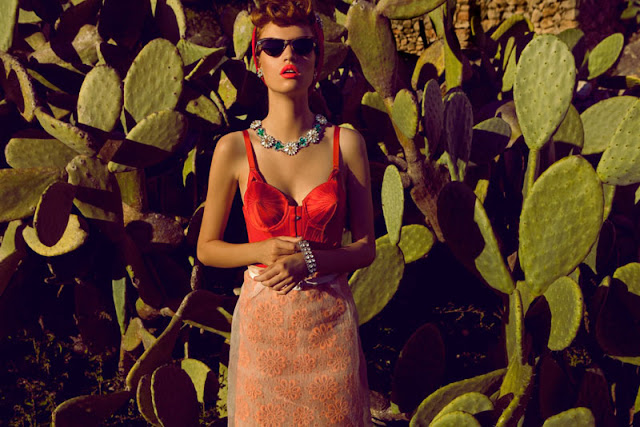 *All images from  L'Officiel Paris February 2012 via Fashion Gone Rogue
Posted by Zorah at 12:57 AM No comments:

So even though I found out my camera was broken a couple weeks ago it took me until this week to finally call customer service. So in a couple days I should be able to send off my camera and hopefully they can fix it. Until I know the status of the camera I probably won't be doing any outfit photos. But fear not I have, in my impromptu blogging hiatus, come up with a ton of outfit ideas. I seriously have a paper list of different outfits, I'm nerdy like that. So when the camera situation is figured out there will be a ton of outfit posts, though they may be of lower quality if my camera is unfixable. In the meantime I'm going to post some non outfit posts.
To begin with I figured I'd post some stuff that I've been Obsessed with as of late.

I've been watching this video and listening to the song on repeat since last saturday.I have no idea how they do tricks like that but it's terrifyingly awesome. I love M.I.A.'s personal style, I have love for anyone who takes fashion risks and has fun with fashion. This video definitely shows her quirky style and is just bad ass, enjoy.
2. Skirts
I found this skirt for 2 or 3 dollars at Goodwill and have kind of been obsessed with it since. The skirt itself is ok but I put together an outfit with it, my black boots and other assorted items that I'm really into. This outfit will probably be my first outfit post when my camera is fixed. while spending far too much time on pinterest I found the above photos and have decided I need a colorful chiffon maxi skirt in my life for summer. American Apparel has some that I like, but they're a bit pricey so I'm gonna try and look for some in thrift stores in the meantime. Too bad I wasn't this enthusiastic about skirts when I was doing the skirt challenge.
3. Curly hair retro style scarf up-do
I've been getting kinda sick of my hair lately. I need a change, maybe a cut and/or color. In the meantime I've been trying to experiment with different hair styles. So, while searching CurlyNikki for hair-spiration I came across this tutorial from the girls at A Curl's Best Friend. Although I always liked this retro style up-do I had only really seen it on straight hair and I though I'd have to straighten my hair to do it.  Since going natural I have a very low tolerance for the whole hair straightening process so I never really gave it second thought. So when I saw the curly tutorial I was super excited and kind of mystified as to why it never occurred to me to just do this with my natural hair.
4. Downton Abbey

Yup I've become one of those people that's into Downton Abbey. I first heard about it last year when it won at the Emmys. I wasn't really roaring to try it since for some reason the idea of period dramas can often put me off a wee bit. But, after last Saturday's SNL skit and hearing from friends how good it is I decided I should at least give it a try and see what all the fuss is about. Many hours later I've watched the whole first season (available on Netflix) and caught up with the second season via pbs.org. I'm hooked. You should definitely watch it if you haven't if for no other reason then the ridiculousness of Maggie Smith's character. There are also some lovely Victorian fashions and lots of drama. These people hired people to get them dressed everyday, the rich people don't know how to make tea for themselves, they freak out about electricity and the telephone and look down on Lawyers, Doctors, and people that have jobs. All very interesting stuff. If you haven't you should definitely give Downton Abbey a try.

Apparently Topshop's Unique SS12 line and I are totally on the same page. Though I try and look through at least some of the designer runway shows I am by no means someone who knows them all by heart. So when I checked my e-mail recently and saw Topshop's e-mail about the arrival of their SS12 Unique line I was immediately in love. The line is Cleopatra meets the 90's, with lots of graphic prints and gold. Although my Cleopatra inspiration is more 50's/60's and less 90's I still love the line and it definitely gives a different perspective on Cleopatra. Loves it!

Here are some of my favorite looks from the show:


*All images via style.com
Posted by Zorah at 10:15 PM No comments: