A couple months ago I was talking to my mom about my desire to visit Tennessee for it's huge flea market every summer. Then she reminded me that there is a 100 mile garage sale close to home, in Minnesota and Wisconsin. I quickly looked up the sale and found out it was May 4-6 and knew we had to go. My mom has a co-worker who goes to these garage sales every year and gets a hotel room in one of the towns so she can visit as many sales as possible. We were contemplating doing the same but it didn't end up being feasible, so we decided we'd head down on Saturday for a day trip and see what the garage sales had to offer. I watched the weather closely and it seemed like it was going to be around 70 with the possibility of rain. So Saturday morning we got up early and headed down to Red Wing.

The 100 mile garage sales run along the Mississippi River on both the Minnesota and Wisconsin side. In Minnesota it runs from Red Wing, MN along Highway 61 and ends in Winona, MN. In Wisconsin it runs from Prescott, WI to Fountain City, WI. We were thinking of going on both sides of the river but ended up only doing the Minnesota side.


When we got to Red Wing we were raring to go, we drove around mostly gawking at beautiful old houses and stopping at a few sales. We had stopped at a sale on the Wisconsin side of the river before we got to Red Wing, but it was small and full of mostly kids stuff. Being the collectors we are we were looking for well priced antiques and cool older items, not kids stuff or clothes. But like garage sales everywhere the proportion of sales full of crap and those with stuff were were actually interested in was unequal and not in our favor. 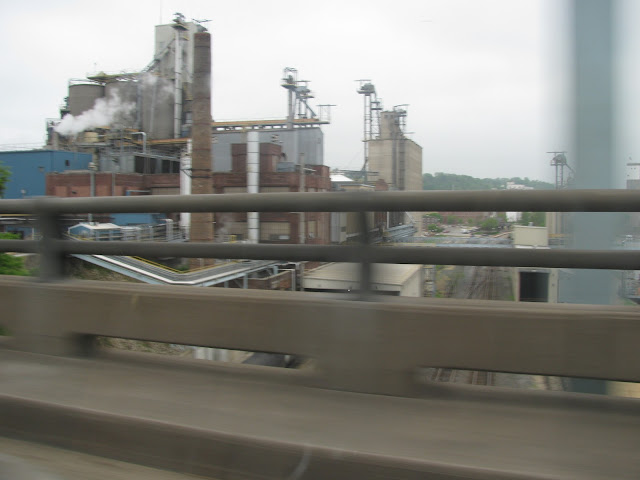 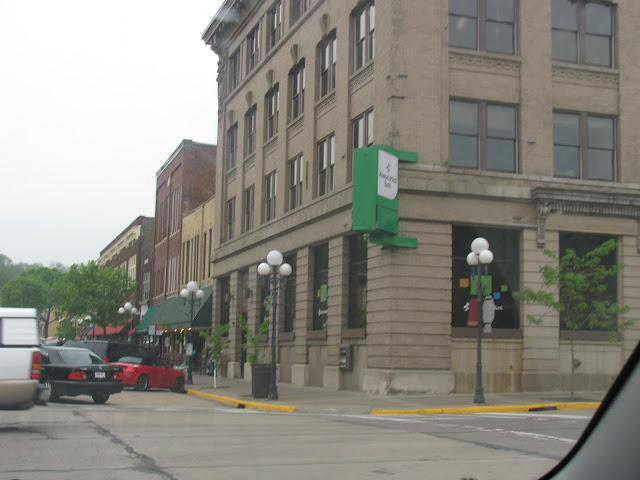 So after a little time in Red Wing we decided to head down to the other towns that also participate in the garage sales. So we headed down scenic highway 61 to check them out. Though we'd been to Red Wing a few times before we hadn't ever gone down past it on 61. It was a beautiful drive full of lush bluffs and scenic views of the Mississippi. Finally we ended up in Lake City, MN a cute little town on the banks of Lake Pepin. Lake Pepin is a weird lake that is actually in the middle of the Mississippi River. We were driving along looking at the river and all of a sudden it got very wide and we were a little confused. Then we passed a sign that said Lake Pepin and remember from a college Environmental Science class I took that Lake Pepin is a Lake inside the river. The lake is beautiful and Lake City actually had some good sales. We drove around and went to a couple before deciding to head down to the next towns. We went to one other sale and then it started to rain. 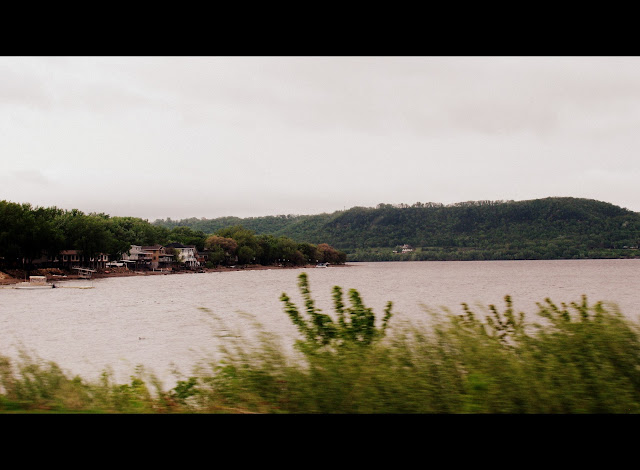 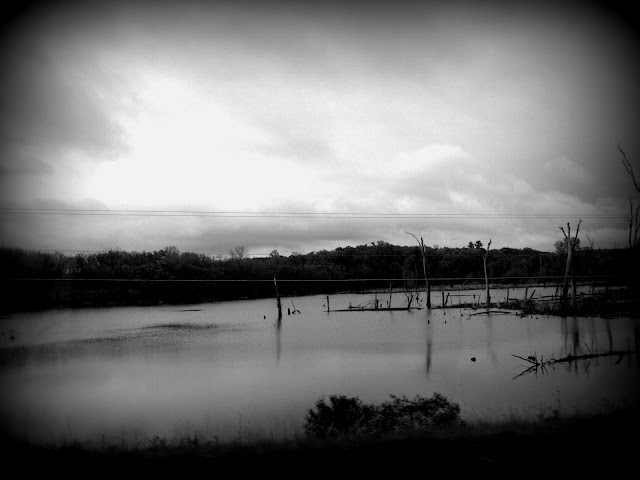 The rain started as just a light drizzle and then slowly increased to heavy drops and then a torrential downpour. During that time we drove into Wabasha, MN and looked around the town. There wasn't much to see but it was a cute town.

While still in the midst of a pretty heavy downpour we got back on 61 and headed to Winona. When we got to Winona the rain had lightened up a bit, but the rain and later time meant most of the sales had ended. So, we decided to drive around Winona for a bit and look at the sites. Winona had cute Main Street with lots of brick buildings, the Watkins factory, lots of beautiful old houses/building and Winona State University.


We drove around Winona and looked at the sites, then headed back home.

Unfortunately we didn't end up with any amazing finds but we did discover a part of our state we'd never been to before and will definitely be going back in the summer when it's not so rainy. When we return I promise I'll take better non-car pics. How was your weekend?