What I didn't buy at the thrift store 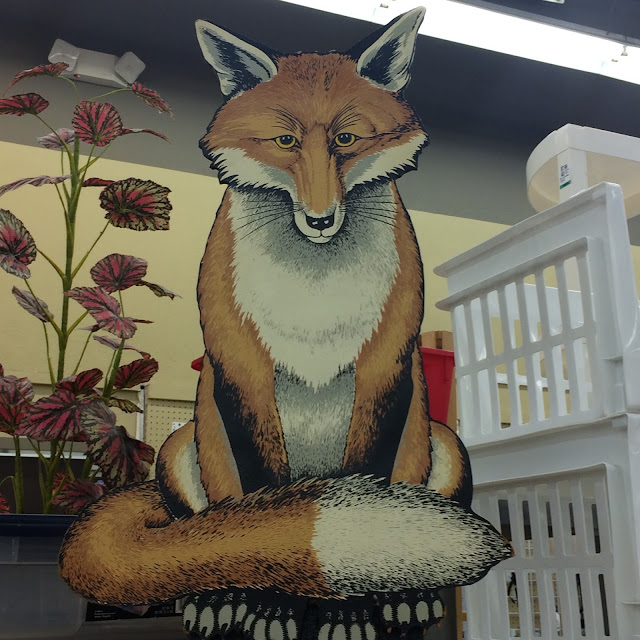 I found this Illustrated fox/ cardboard cutout at Savers a few weeks back. The fox is very handsome and would be a fun piece in any room really, especially a kids room, but I didn't really have a need for it and lately have been trying to not bring in unnecessary things. Hopefully this got a home on some adorable child's wall.

2. Brass and Marble side table 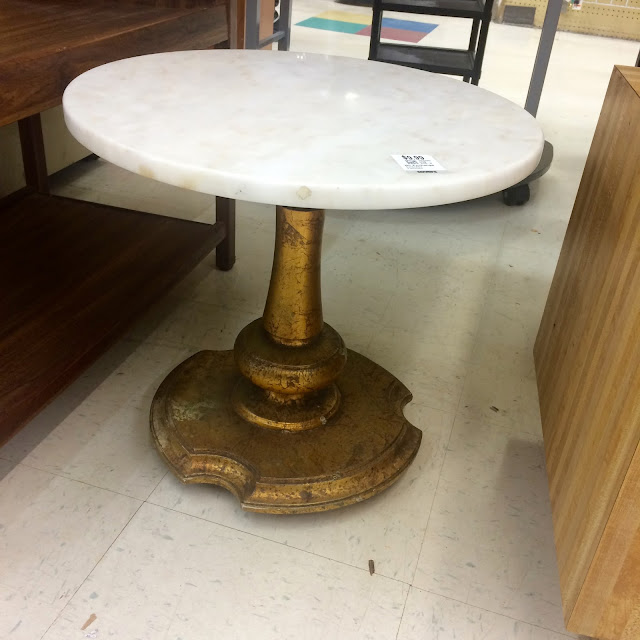 I really liked this side table, but wanna know what I have a lot of? side tables. I'm not even kidding I have five in one room. This was cute but I need closed storage more than side tables, so I passed. 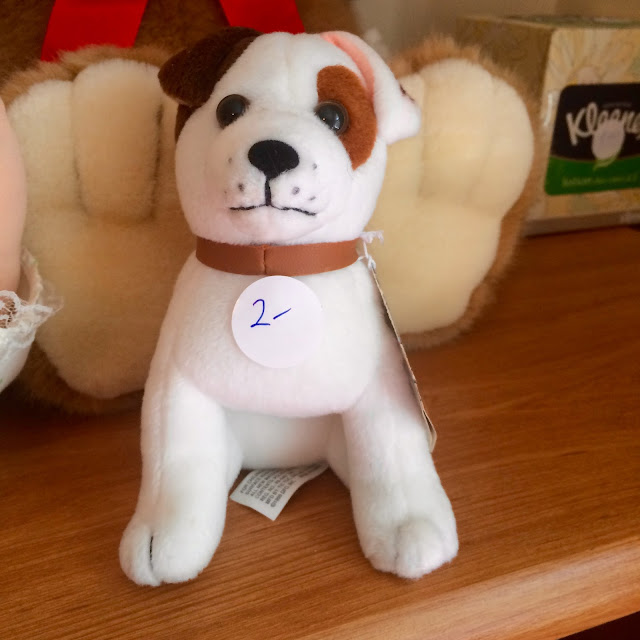 I used to have a dog named Wishbone (before the TV show started thank you very much) and she was the sweetest dog. I also was a fan of the PBS show and even went to meet wishbone once at the Mall with my best friend and her mom, but the line was so long we got fed up and left. Anyway I spotted this mini Wishy at an estate sale and had instant nostalgia, but stuffed animals I need not. 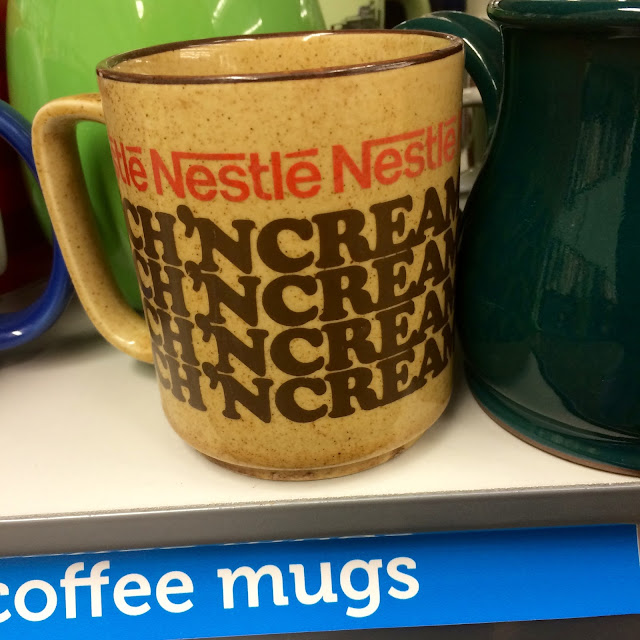 I loved the typography on this mug and the cool 70's vibes. I was going to get it if I ended up finding anything else, but I didn't find anything else that day and forgot about the mug. 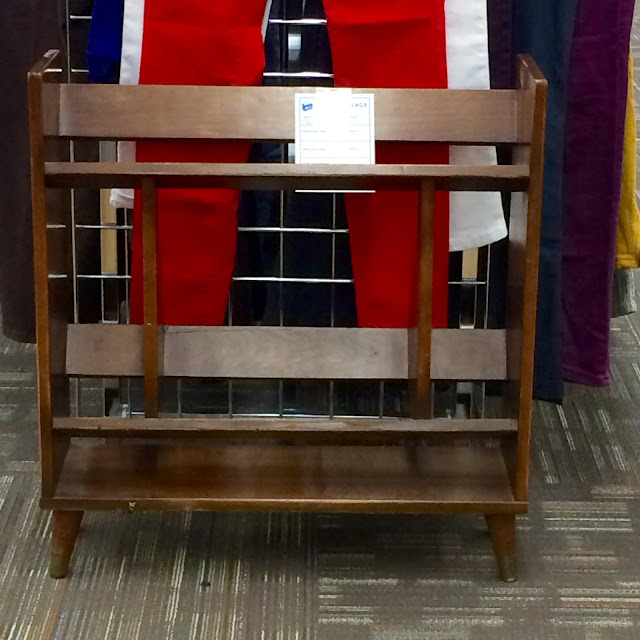 I've seen these before on craigslist and such but have honestly never really got them. I'm sure there is someone somewhere who styles these bad boys amazingly and would make me regret not buying it. But, I'd rather have cleaner looking closed storage or storage with non-slanted shelves. I thought about this for a while (it was super cheap) but I decided to pass and let it go to someone who'd be really excited for it. 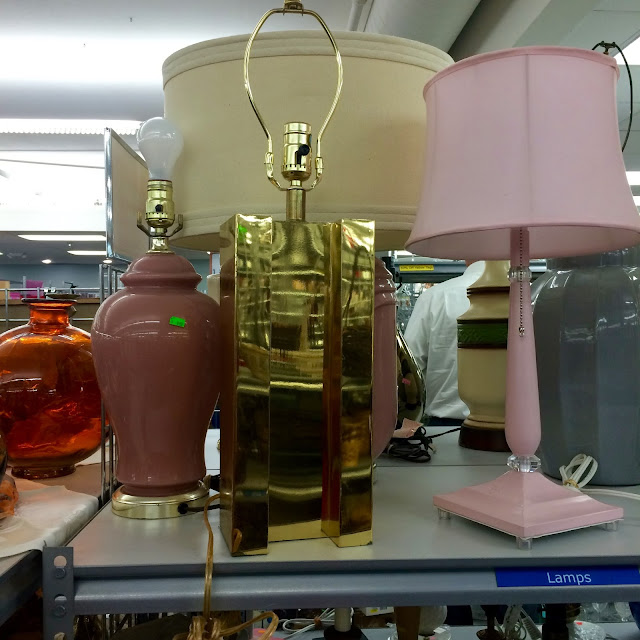 Something about the clean lines of this gold lamp drew me to it. With the right lampshade and/or a coat of spraypaint it could be really cool. But for the most part unless it's an amazing Mid Century lamp that I just cannot live without I generally pass on lamps, like side table I already have too many. 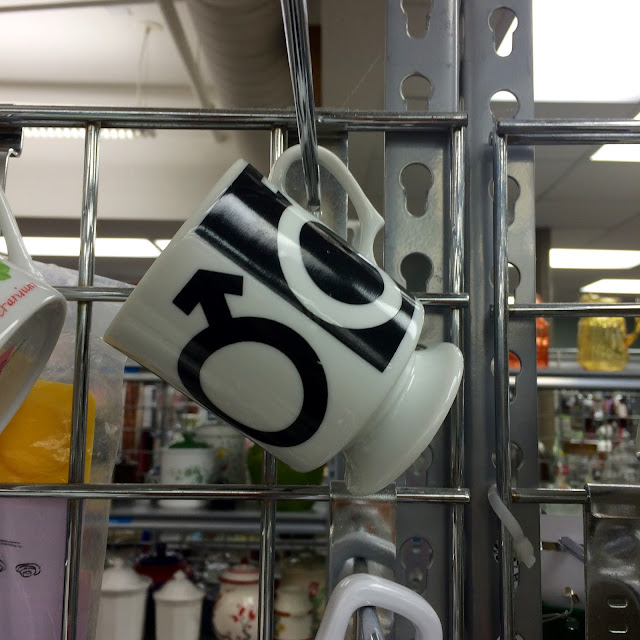 This was another piece I told myself I'd go back for if I found anything else, but I didn't. It's very Austin Powers and I love that about it. The only thing with vintage mugs is they are often pretty small. That is obviously coming from the land of huge portions and giant mugs but I've become so accustomed to bigger mugs I find it hard buy cute smaller ones at the thrift store. I feel like I'd opt for the bigger ones and they'd be used mostly for decoration, which is kind of silly. 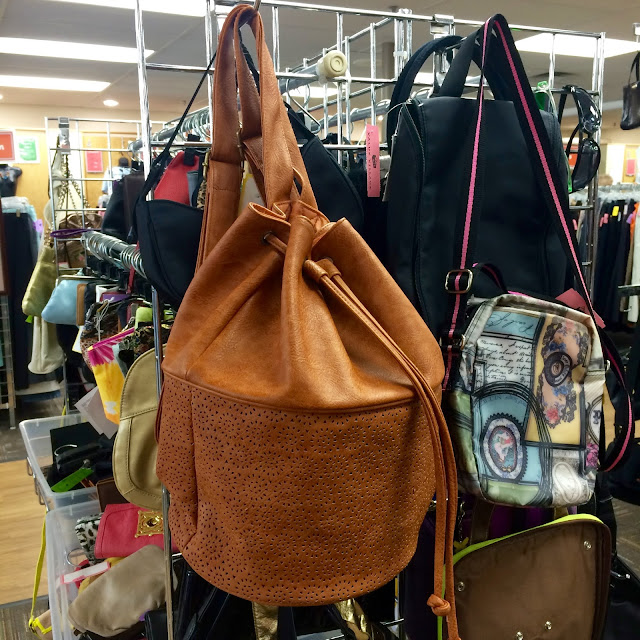 I was given an old real leather coach mini backpack a few weeks before I saw this one. When I first spotted it I was hopping it was a bucket bag, so when I found out it was a backpack I was a little bummed. It's super cute but I don't really need two small backpacks, so I left it. 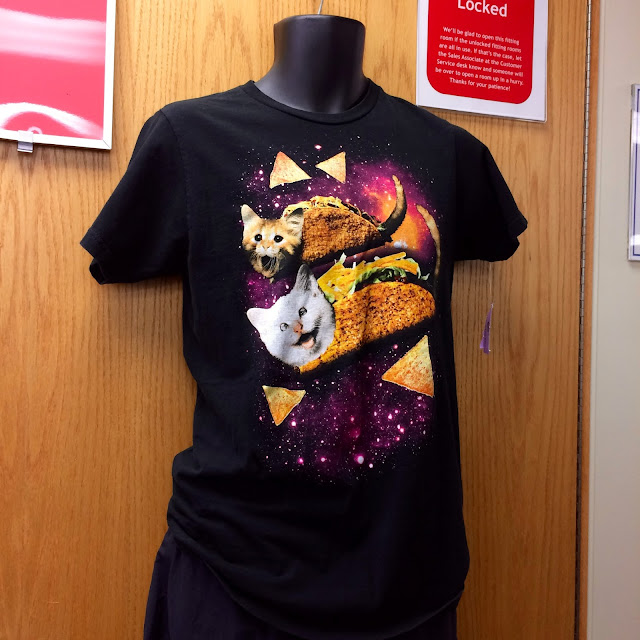 I saw this shirt hanging on a dressing room and loved it. But I wasn't really in the mood to check the tag or try it on.  I love it though, had I been in a different mood ( and it been in my size) I may have bought it.

I carried this around with me a bit, it was only three dollars but in the end I decided it really wasn't cool enough for me to bring home. Plus I don't really have a place for it. 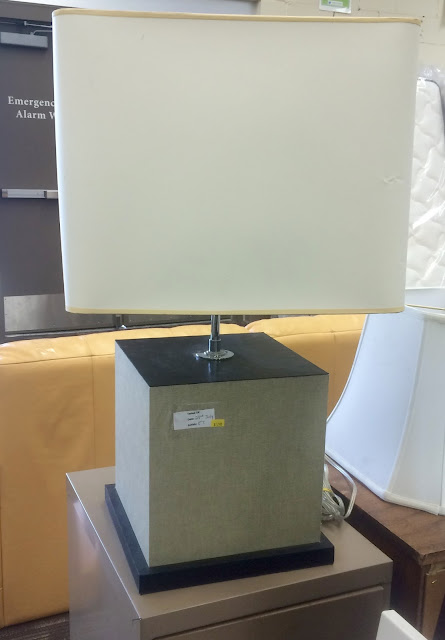 I liked the look of this lamp. Obviously it's very big and bulky but something about it was appealing, I still passed though.

This lamp had a cool look i'd never seen before. But didn't need it. 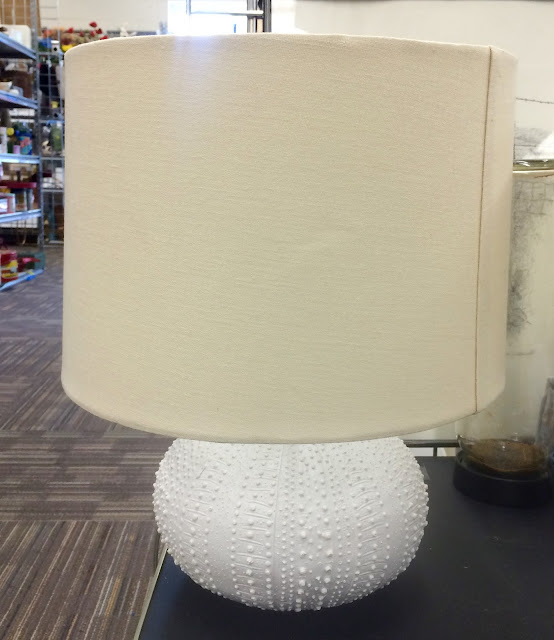 There were two of these lamps and I actually think they're really cool. I love the texture on them and think they have a really interesting shape. But I really have no place to put them, so I passed.
Posted by Zorah at 6:35 PM