What I didn't Buy at the Thrift Store

Hey guys! So try as I might I just couldn't bring myself to buy anything yesterday at the Memorial Day thrift sales. I went to five stores and came away with nothing! There were just too many people and I was really just not in the mood. I mean one savers was giving out numbers for the dressing room, nope no sorry not gonna happen. So instead of a thrift haul I'd thought I'd do another addition of things I didn't buy at the thrift store. 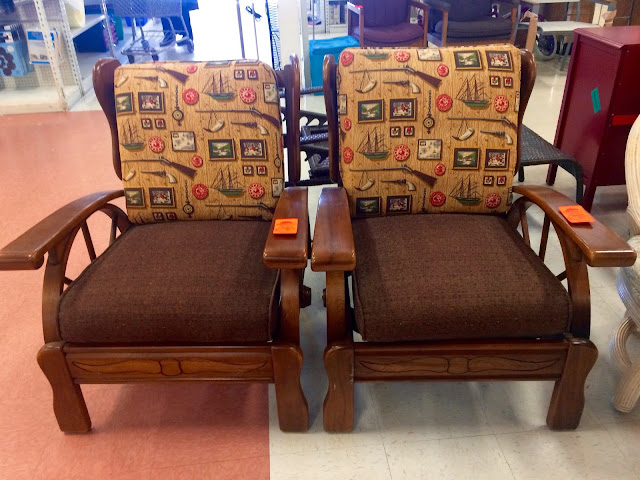 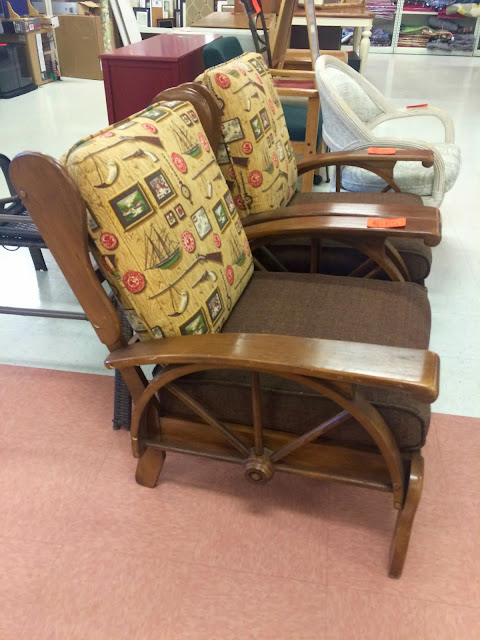 I'm Mildly obsessed with wagon wheel furniture.  If I had a house with a finished basement I would be tempted to decorate the whole thing in mid century wagon wheel furniture, it's just so kitschy and cool. These chairs are pretty awesome but I don't have a finished basement awaiting a sweet wagon wheel collection and if i'm going to go through the hassle of buying thrift store furniture It has to be something I know I can use.  So I left these for a better home. 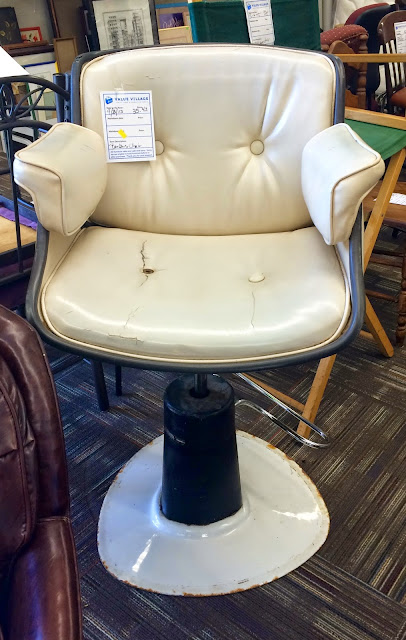 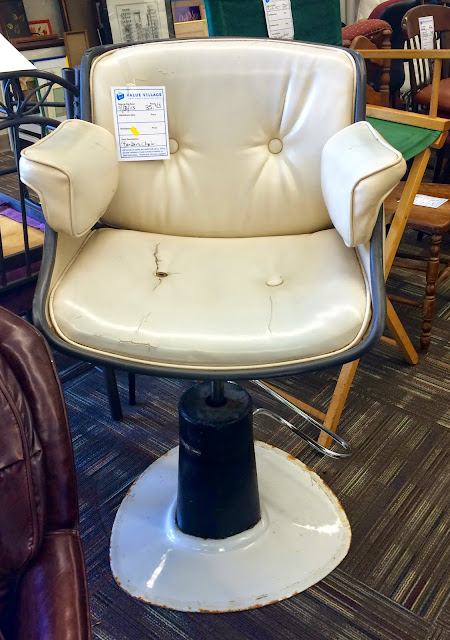 This chair is pretty cool but it was also pretty beat up. One of the arm rests fell completely off and  I also have no immediate use for it. So it stayed at the thrifts. 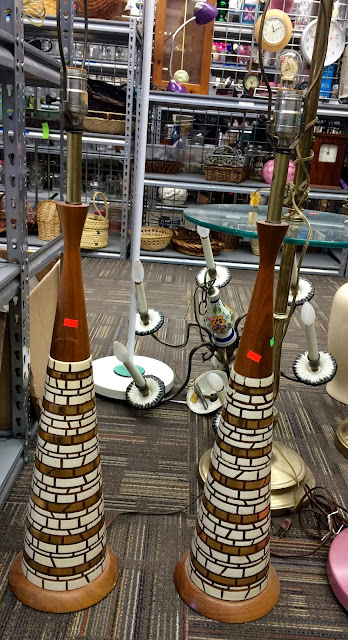 These are cool and I kind of regret not getting them but I have enough lamps and don't really need anymore unless they're something I can't live without. These I could live without so I  left them.

I liked the pattern on this lamp and thought if cleaned it would have a lot of potential. But again I don't really need anymore lamps. 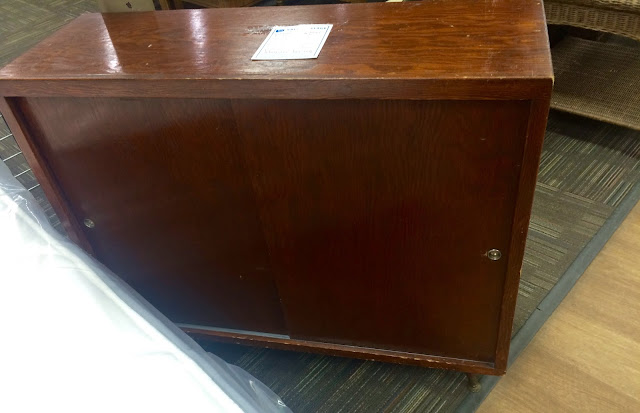 Ok I kind of regret not getting this. It was only around $10/11.00 and I've wanted one of these for awhile. The catch? I want one with glass doors and these are solid wood. In hindsight I should have gotten it anyway but I guess I'll wait for the next one I see. 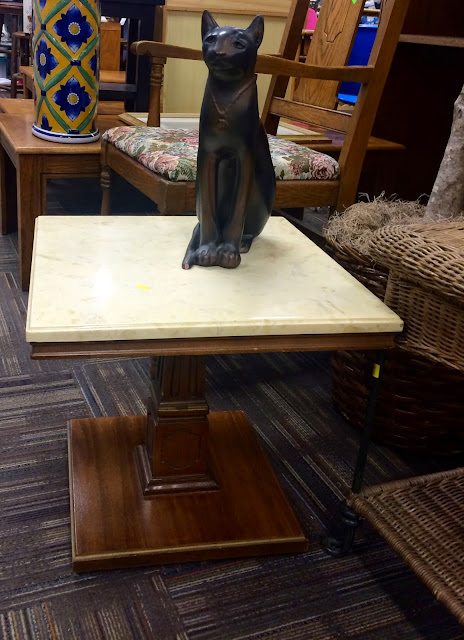 I really liked the egyptian cat statue but it was like $14.00 and that seemed a bit pricey for a decorative cat. The side table was really cute too but one thing I really don't need is another side table. 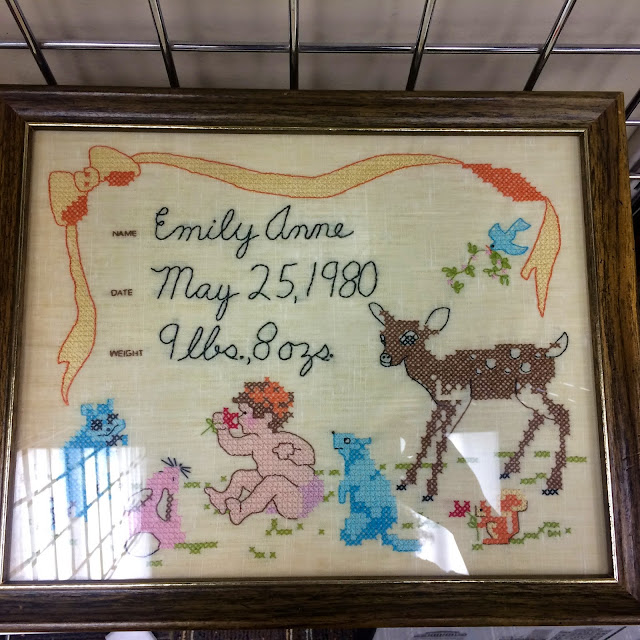 I have an old friend named Emily Anne who is exactly one day and eight years younger than whoever this cross stitch was made for. I kind of wanted to get it but I decided to just take a picture and maybe send it to her later. 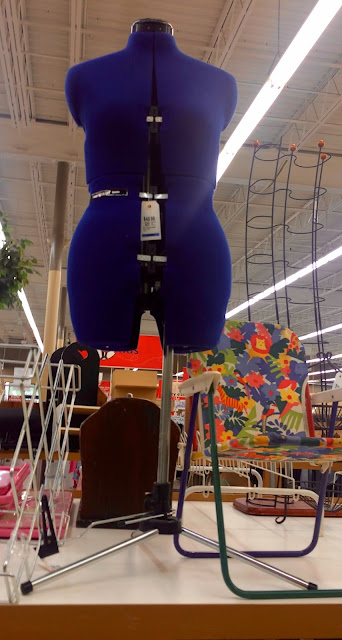 I like the idea of a decorative dress form to hang clothes and stuff on, so when I see them at the thrifts I'm always a little interested. This one was a whopping $50.00 so I kept on walking. 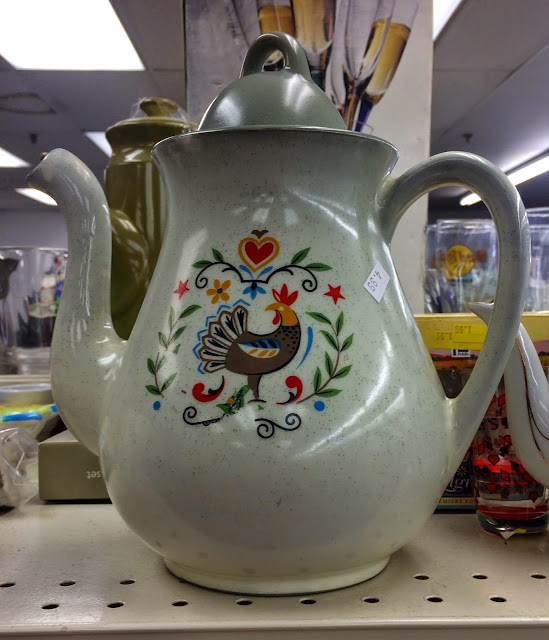 I liked the design on this pitcher but didn't need one. 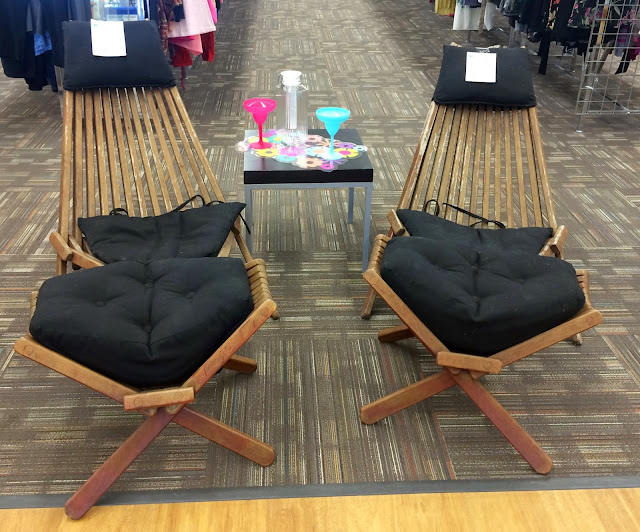 These lawn chairs were pretty cool but they were also in need of refinishing and were a bit pricey at about $70.00 for the pair. They're very cool but were a bit expensive and not really practical for me right now, so I passed. 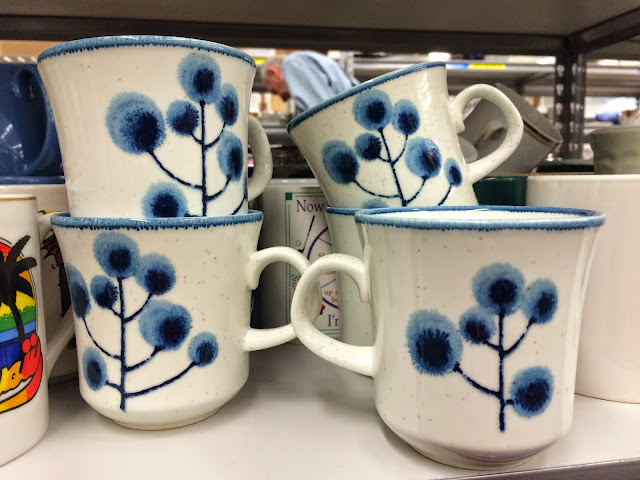 I thought liked these but they were kind of small and into larger mugs at the moment. 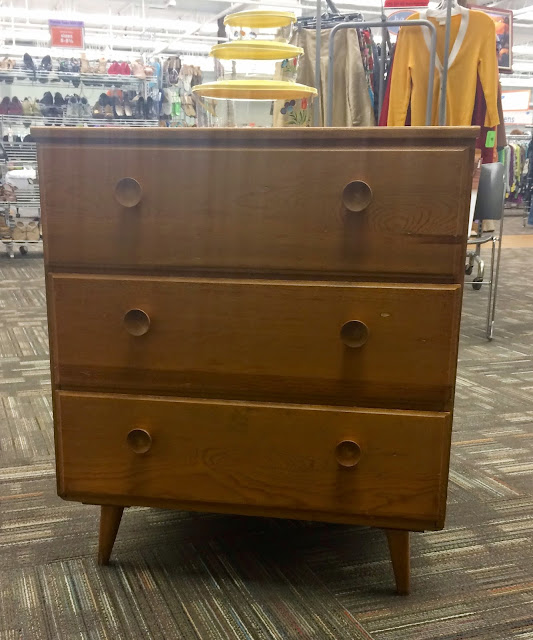 These dressers ( there's a twin behind it) were nice and would be good storage. I think they'd be cute with different pulls. But  A.) They didn't have a tag and B.) I realized I liked them 99% because of the mid century style legs, which you can buy anywhere.  I decided to leave them since I really wasn't in love. 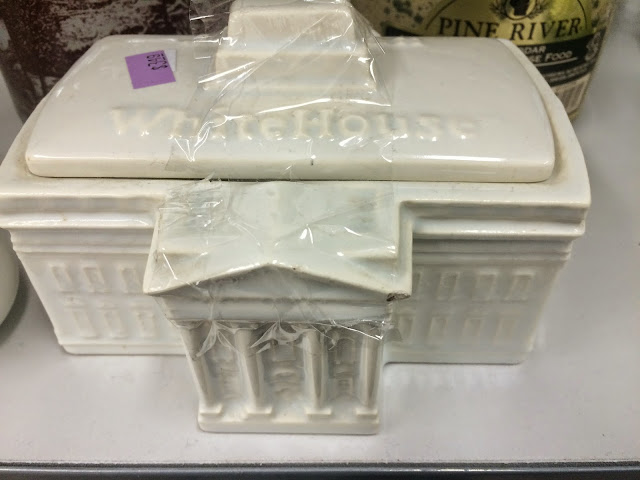 This is a thing. My grandpa loves Jelly beans so I was slightly tempted to get it but ... I don't think anyone really needs a jelly bean white house. Except maybe for Jelly Bean Barack Obama, Obama bean?
Posted by Zorah at 3:34 AM No comments:

After Avengers : Age of Ultron I realized I was in serious need of some superhero tee shirts.  So what's a girl to do? Turn to the internets of course! Heres a little sampling of some of the shirts I liked the best. My favorite by far is the Eartha Kitt as catwoman tee, It's from a website called candybomb and they have an assortment of tee shirts with various black icons on them. The shirts include the Eartha one below as well as some with Josephine Baker, Dorothy Dandridge, Donyale Luna, Iman, Grace Jones, Diana Ross and Andrae Leon Talley. You should definitely check out the site and get one if it sounds like your thing. I'm dying to get the Eartha one but they're a little on the pricier side ($30.00) and I just haven't taken the plunge yet.