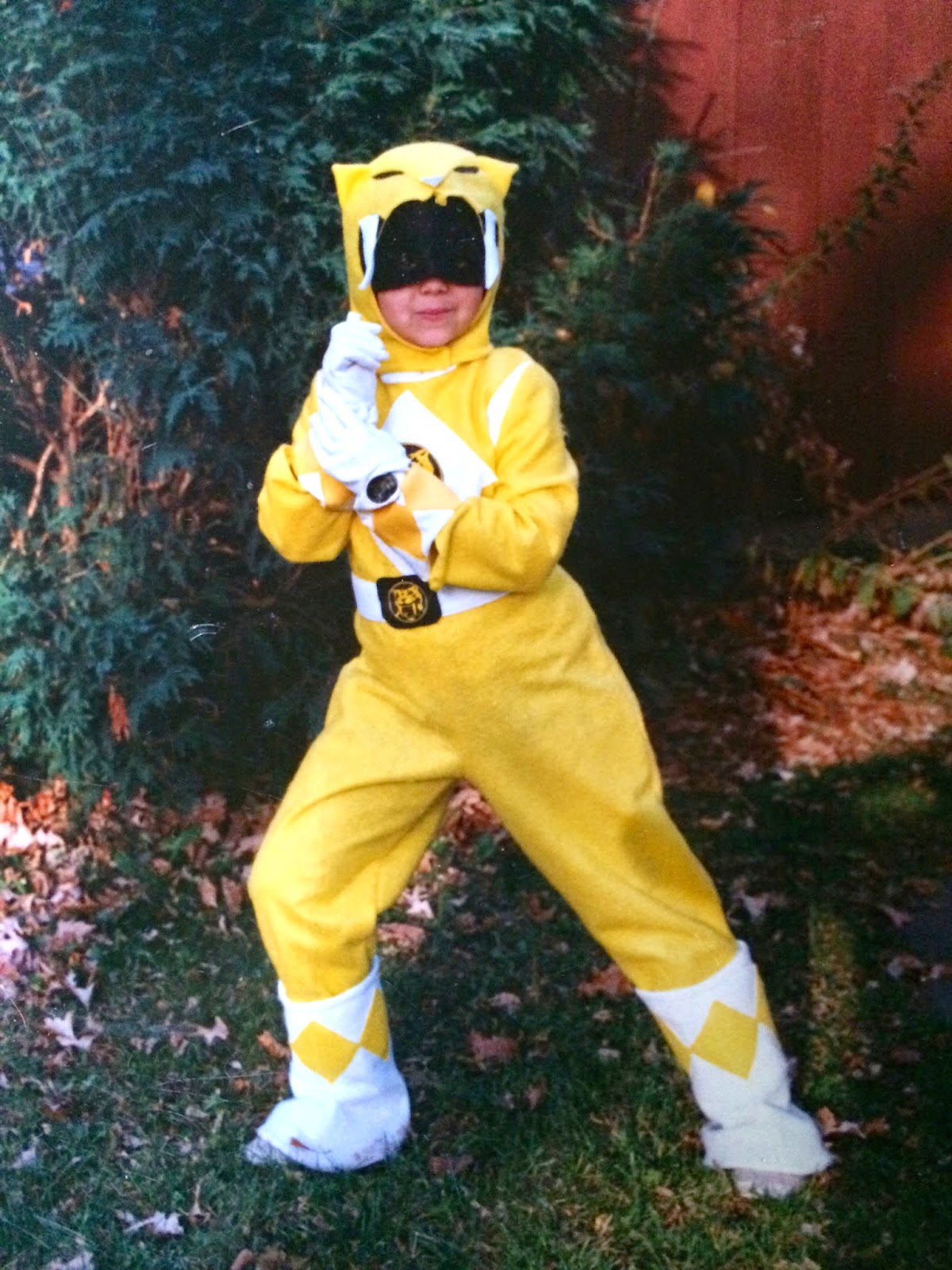 I hope you guys are having a great Halloween, it's one of my favorite holidays. This year will most likely be more of the watching Halloween movies type years as i'm really not sure if I'm gonna dress up or not tonight (i'm leaving it up to my mood later tonight). So since I may or may not have a costume post later I figured I'd give you a peek into my favorite halloween costume ever!

Thankfully my mom is really into halloween and she got one of my daycare providers and my grandma to make me this costume. I even remember going to Jo Anne fabrics and getting the pattern and yellow and white felt. The only thing that wasn't hand made were the gloves which we got at Target and made swish-y noises (like you were punching something?) when you moved the fingers.  Anyway it was the best costume ever. My best friend and I even got to walk around as the pink and yellow power rangers that year when we went to this Fox 9 halloween kid thing, it was pretty epic.
Posted by Zorah at 5:10 AM