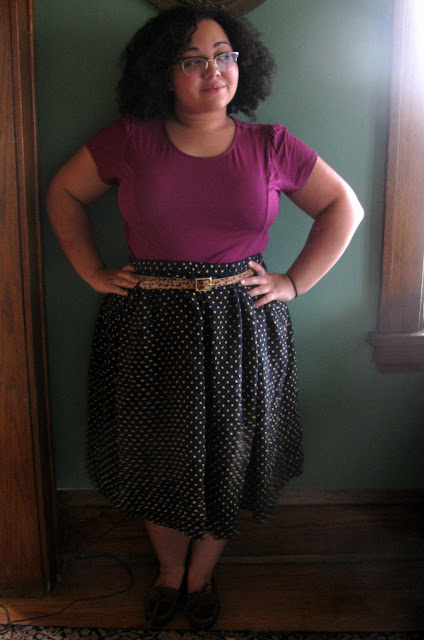 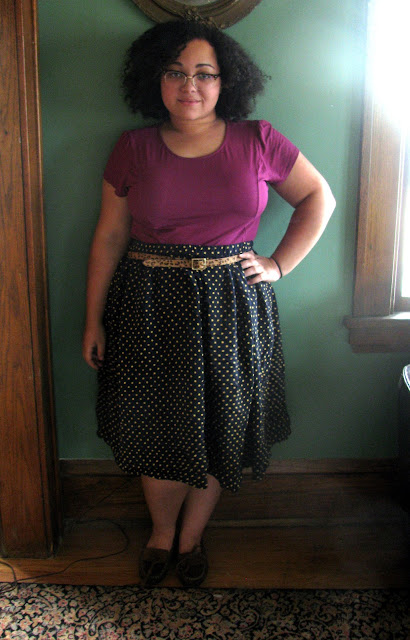 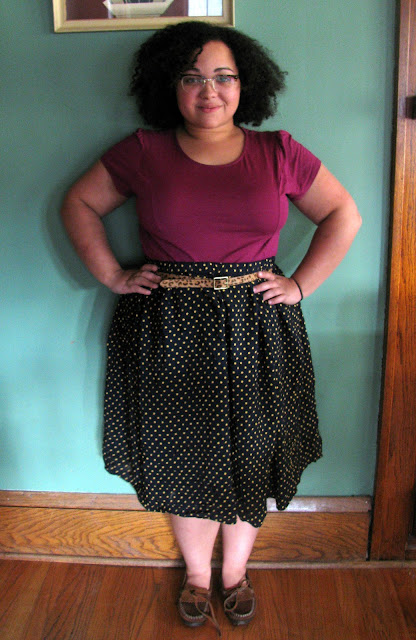 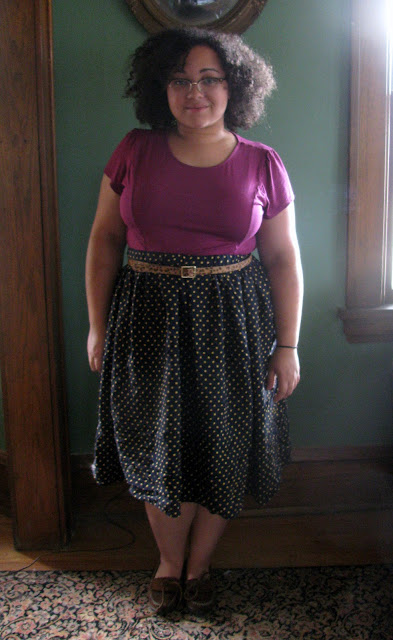 As I mentioned in a previous post I went a wee bit overboard during labor day sales a spent a little more then I meant to. One of the places I spent some change was Dorothy Perkins. I've known about DP for awhile but hadn't actually purchased anything until recently. I decided to buy because I fell in love with some faux leather pants they had. I got both of the packages I had ordered a couple weeks ago and my Dorothy Perkins orders were a wee bit underwhelming. Not because of quality or anything just because, despite ordering my normal size, everything was too big. I've only ordered from one other UK retailer (ASOS) but I've had the same "problem" with them. I suppose I should have googled online and looked to see how DP sizing was, but I didn't. This isn't a huge problem, I mean better the clothes be too big than too small. But it's a little more irritating since, unlike ASOS, Dorothy Perkins doesn't have free US returns so I have to pay to send it back. Really it was just dissapointing that the one things I was really looking forward to, the faux leather pants, didn't fit.
But, of the four things I bought I did end up keeping two. One is the top above. It's actually a peplum top but I'm not a huge fan of peplums over skirts, unless they're pencil skirts, so I tucked it in. I probably could have sized down in this shirt too but it fits well enough and I think it'll shirk a bit when I wash it. I wore this outfit to a back to school open house at my internship a couple weeks ago. I spent most of the open house downstairs greeting guest, having them sign in, get name tags and directing them to the office. I had a pretty good time, though it  got pretty slow towards the end. I wasn't exactly sure what to wear, and didn't really have any idea what I was going to wear until a few minutes before I left the house, but I knew I wanted something casual yet dressy. I think I pulled it off pretty well.
Posted by Zorah at 2:31 AM