Friday night I went to a space themed dance party in the soon to be demolished old HQ for a local charity. Since it was space themed, and I love an excuse to dress in theme,  I was all ready to get together a cheap and easy alien outfit. Ideally if money and time had been no object I would have worn some sort of galaxy print dress/clothing item like this one rocked by Bronny of Fat Aus, alas time and money were a factor. So, my main inspiration was Karen Walker's 2012 Sunglasses ad. I saw them on Pinterest a few months ago and immediately thought they'd be a perfect inspiration since I don't own any overtly space-y items. I figured I'd get or make some antenna, wear some over-sized sunglasses and a white T-shirt with a black skirt and call it a day.


Unfortunately I woke up Friday feeling all kids of icky and had no desire to go to Party City and see if they had any antenna or try and make some of my own. Fortunately by the time the party was starting I felt a lot better and did end up going, but since I didn't have any antenna I went with plan B. 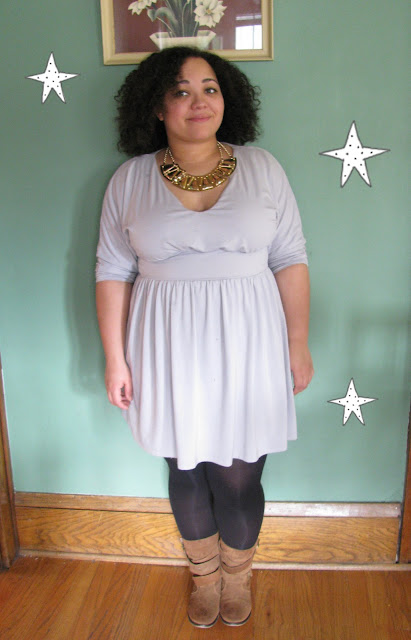 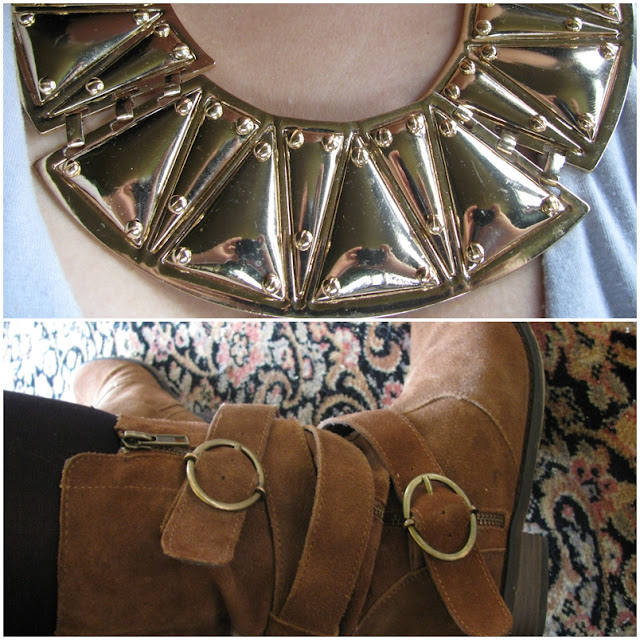 So, I wore my grey dress that's kind of space-y (in that it's grey?) and then accessorized. I ended up wearing my gold ASOS collar necklace with it because it seemed more space-y. I also went with boots since I was planning to dance a lot and didn't really feel like wearing flats. I think the boots were a good idea since it made the outfit a bit more casual and they were perfect to dance in. When I got there most people really weren't in costume. All that planning for nothing! But there were a few people dressed up,  notably two people who made impressive cardboard robot outfits that kind of reminded me of  Pokemon (sorry no pictures). I probably could have gone a lot more casual, since most people were wearing jeans, but I don't think I looked out of place. Anyway it was a good time and reminder that I need to go out dancing more!