These are a few of my favorite things (this week)

1. Pintester. Have you ever seen a random pin and thought "that looks cool, but does it taste good?" "is it easy to make?" "Is it worth my time?" well Pintester is the blog that answers all those questions with lots of swear words and failed crafts along the way. As I've said before I'm a lazy crafter, so this blog is kind of amazing. First of all it lets you know if "easy crock-pot ____" is any good or if clementine candles are worth the effort. The author is hilarious and isn't some McGyver of crafts, she's a real lazy crafter after my own heart.  Anyway I'm pretty obsessed with Pintester now and you should be too!

2. Noisettes Album, Contact. I discovered the Noisettes a couple years ago when I saw their music video whilst flipping channels. I immediately went to their website and saw that they had a free concert in my area a couple weeks away and went. It was pretty sweet. Anyway they released their 3rd album last week and i've been listening to it all week. Here's one my favorite songs from the album, so far.

3. Rachel Berry Style.  If you read my liebster award thing you'll know i'm not really a glee fan. I don't dislike glee I just don't really care for it. But I have found, whilst trying to get into it a few years ago, that I do ocassionally like Rachel Berry's style. I was watching it once and she even wore a dress I was semi-obsessed with at the time. It was actually a good thing as I found out I didn't really like the dress. Anyway I came across this picture of Lea Michele on set as Rachel and am pretty sure i'm gonna have to re-create this outfit this fall. I love the patterned tights with the boots and simple skirt and top.


4. Frank Ocean. I'd been hearing about Frank Ocean for awhile before I actually heard any of his music. It wasn't until last month when one of his songs came on the radio that I finally heard one of his songs.  I liked the song and bought his album and am now super into him. Here's one of my favorites from the album.

5.  Leather pant inspiration. I'm not really one for obsessing over celebrity style, though I do page through gossip magazines while on break at work and am a faithful Fashion police watcher, generally I find fashion bloggers and other things to be more inspiring. But recently i've come across a few celeb style photos that have been a bit inspiring. Below are a few of my favorites that incorporate my favorite fall obsession, leather. Here are a few leather pant celeb style photos i've found especially inspiring. Also I finally figured out why Kim and Kanye are always matching, she let his stylist completely overhaul her closet. Twinsies. 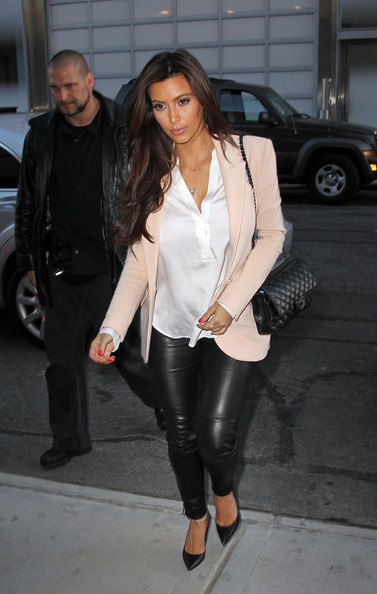 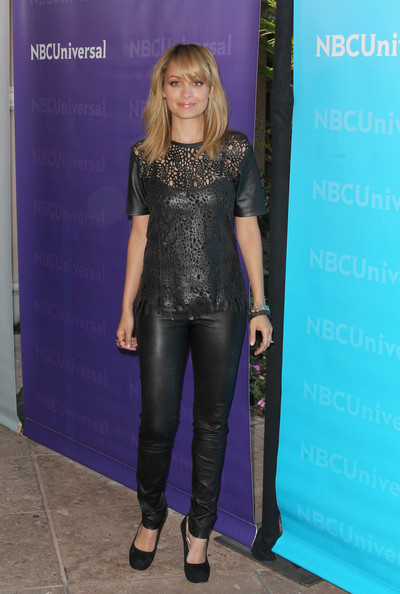 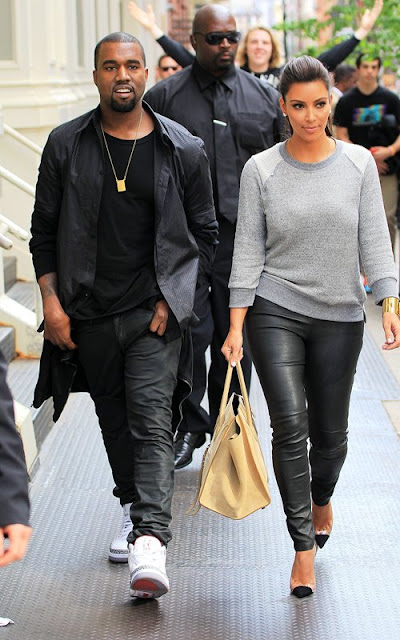 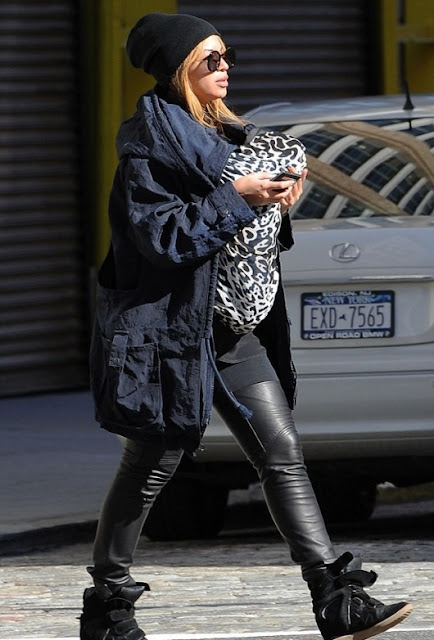 6. Doctor Who. I know I know Doctor who's been a thing for awhile, but I just recenlty started watching it on Netflix and am now kind of into it. I was at a going away party for one of my friends and people there were talking about Doctor who so I figured i'd watch a few episodes to see what the hubub was all about.  So far my favorite episodes are the one with the little boy and the gas mask, the first episode with the cybermen and the blink one. I haven't caught up with the current season, I'm on season 5,  so don't give me any spoilers that I likely won't get. I have to admit that though I find them kind of irritating and silly one of my favorite characters on the show are the Daleks. They're ridiculous because they're supposed to be super scary but have a plunger and egg beater for hands, I mean come on.  I'm pretty sure they kept the same look from the original series and thus look dated and not very intimidating. But I love them because of all their cheese and  their love of yelling EXTERMINATE!!! Whenever they're on an episode I kind of want to yell exterminate at random people. Although the fact that they keep coming back is getting old.

7.  Gangnam Style. I saw this posted a few weeks ago and i'm kind of obsessed with this video. It's just hilarious and everytime  I watch it I want to master his sweet dance moves. My favorite part is the random bit when he's in the elevator with the guy in the cowboy hat who's giving some serious pelvic thrusts. I guess Gangnam is a rich part of Seoul and the video and song are a satire of the people there. There's more detailed info on the web if you're really interested, for now just enjoy the video.

8. Labor Day sales. So I may have spent a tad too much money during labor day sales, maybe just a touch. But my rule for buying new clothes is I should only buy them when they're on sale or there's some kind of discount. This doesn't always work but it's a rule I try to follow. So I knew labor day would have some good sales and both of the places that had clothes I was drooling over had 20% off codes so I bought a few things... I'll post what I bought when they come in. I may also need another shopping ban as I feel like I spent a little too much money. But I did get some things I needed like new shoes for work (which I desperately needed) and some clothes that I could wear to work as well.


9. Thrift Shop. This video/song is hilarious. I may have immediately downloaded the song on itunes after hearing it, maybe. With all the rap songs about designer labels and how expensive their clothes are it's hilarious and refreshing to see someone rap about the thrift store and your grandpa's dope gear. lol.

10. Tea with lemon and honey. My labor day, the unofficial end of summer here in the USA, sucked mostly thanks to a sweet head cold that decided to rear it's ugly head Monday. Apparently my body decided the last day of summer was a great time to clog my nose and give me the worst head cold I've had pretty much ever. Not only could I not breathe through my nose but I also had a headache and sore throat. Ugh. Anyway tea with honey and lemon was my savior as my throat was killing me when I woke up that day. 5 days later I still can't really breathe through my nose and still have a cough. This cold just doesn't want to die!! ugh!
Posted by Zorah at 3:06 AM

Email ThisBlogThis!Share to TwitterShare to FacebookShare to Pinterest
Labels: favorite things, few of my favorites