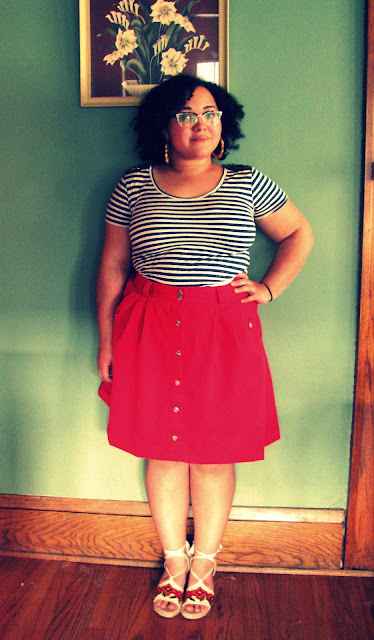 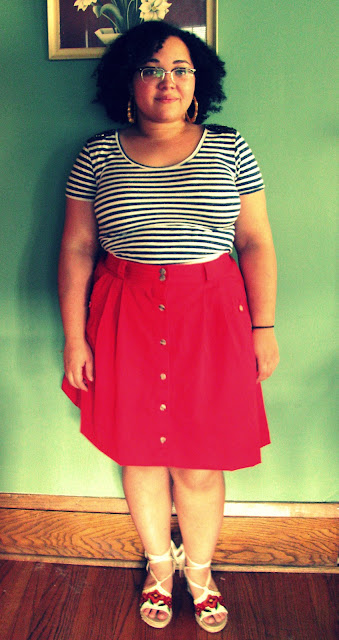 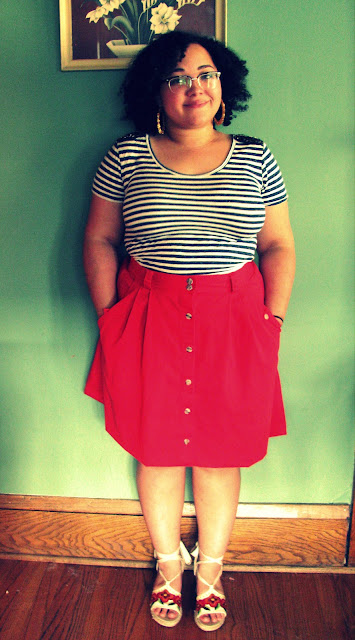 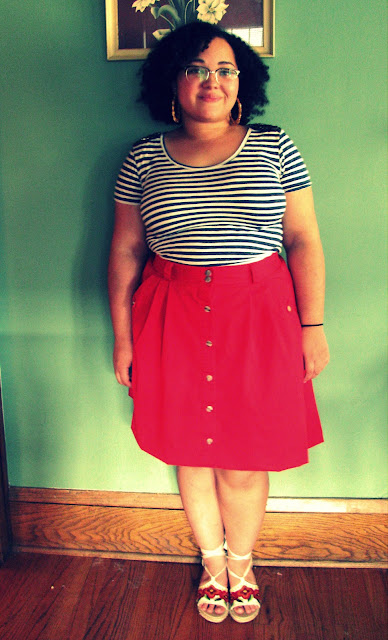 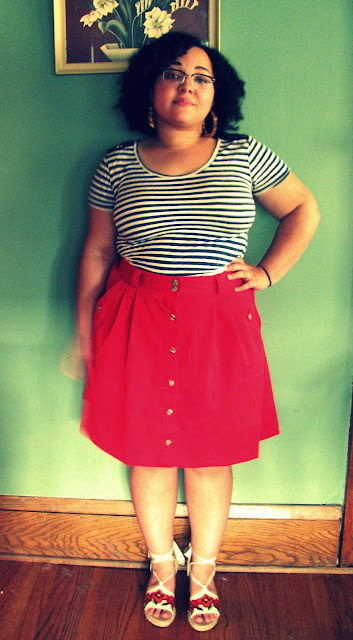 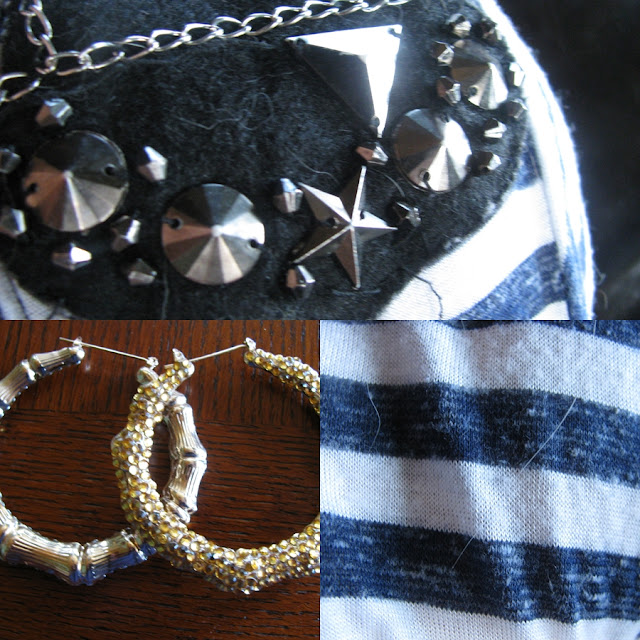 Today, as you may have known, is the fourth of July. Unfortunately I had to work today, but I get time and a half and we close early so I can still see the fireworks. The fourth is one of my favorite holidays, I'm really not sure why. Maybe it's that it's one of the few holidays during the summer, maybe it's the BBQ's, maybe it's that sense of collective patriotism or maybe I'm just really into fireworks. Either way I'm a big fan of the fourth . I decided to be corny this year and dress super patriotically. It's been incredibly hot here all week and this hot humid weather is supposed to last the whole week, so I knew pants or anything too hot was a no go. I found this blue and white striped shirt a couple weeks ago while thrifting and knew it would be perfect to wear on the 4th. The only problem is for some reason I don't own a lot of red, so last week I thrifted this skirt and shortened it just for today. Since thrifting a similar style skirt earlier this year I've been kind of obsessed with these button front skirts. Unfortunately most of the ones you find at thrift stores are super long. Generally I'm not willing to shell out too much on something I have to tailor since I 'm most likely not going to get it professionally tailored and I could totally mess it up. But it was a 50% off day so the skirt cost about a dollar, so I figured I'd give it a whirl. The tailoring isn't perfect, but it's good enough. I probably, most likely will change to flats for fireworks but these shoes work so well with the outfit I had to wear um.
I was trying to figure out a good patriotic blog title and America, Fuck Yeah! from the Team American World Police Soundtrack just kept coming up. If you don't know the song it's pretty hilarious, It's a satire of those "we'll put a boot in your ass" super patriotic songs that came out post 9/11. Anyway here's the video:


Have a fabulous 4th (if you're in the USA) and if not have a great hump day!